UCLA Entertainment Studio
Project by :  Akshada Muley | Neha Oswal
Instructors: Natasha Sandmeier and Nathan Su
As newbie’s to LA , we have been mesmerized by the city’s ambiguity.  It is the best of both worlds, embracing the millennial culture, yet deep rooted in its primitives. The same city, which is home to a growing world which is perpetually inside a screen, is also so in love with its street art. But the best part about this cultural milieu is how this city is building its own world using its idiosyncrasies. These walls, so adorned, speak out to us ! We look at them as just backdrops, but they’re so much more than that today! Every piece is a world in itself! With such a hyper real influence to curate our social image in today’s world, the line between real and fiction which was once so crisp, now seems to be blurring out. But let’s take a moment to dig deeper into this fiction; WHERE IS IT TAKING US?
Are we headed towards a new world where this line is about to vanish? Isn’t the fiction working its way towards seamlessly stepping into the reality?

An anecdote of LA Story - An experience on the streets of LA going through different parts of Arts district in this hyper-real world where the quest is to take a perfect picture and how these street Art can be visualized as something more than just 2-D art.

The image created to symbolize the power of visualization and the opportunities that a mural which has always been a part of the streets-cape and the obsession we all have with the camera and how every individual looks at different aspect of the picture.

From where we stand today it would be fascinating to step into a unique world which is formed by these flat murals that bridge the gap between real and unreal worlds. The scene from movie showing a mural turn into a 3-D space. 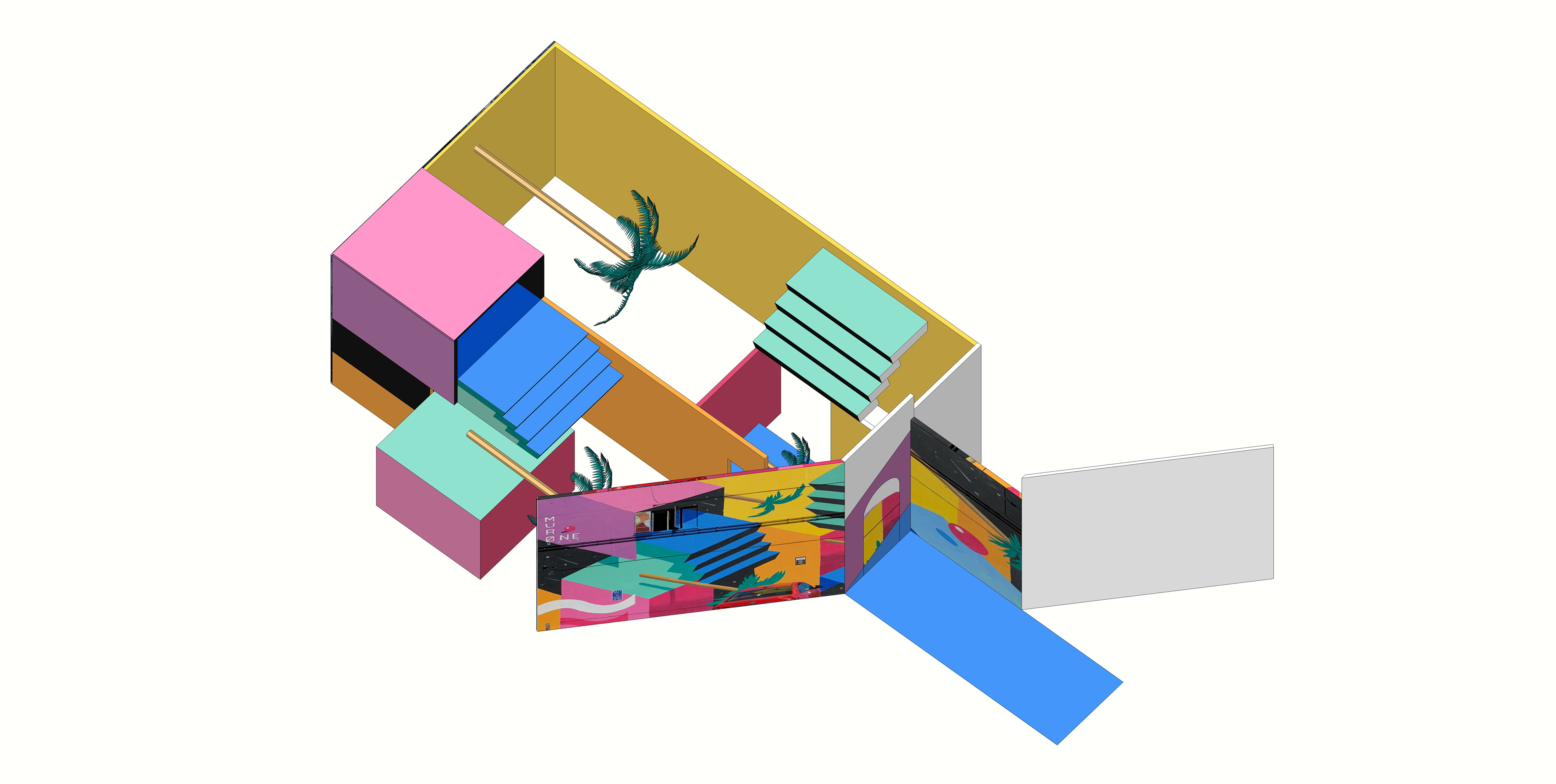 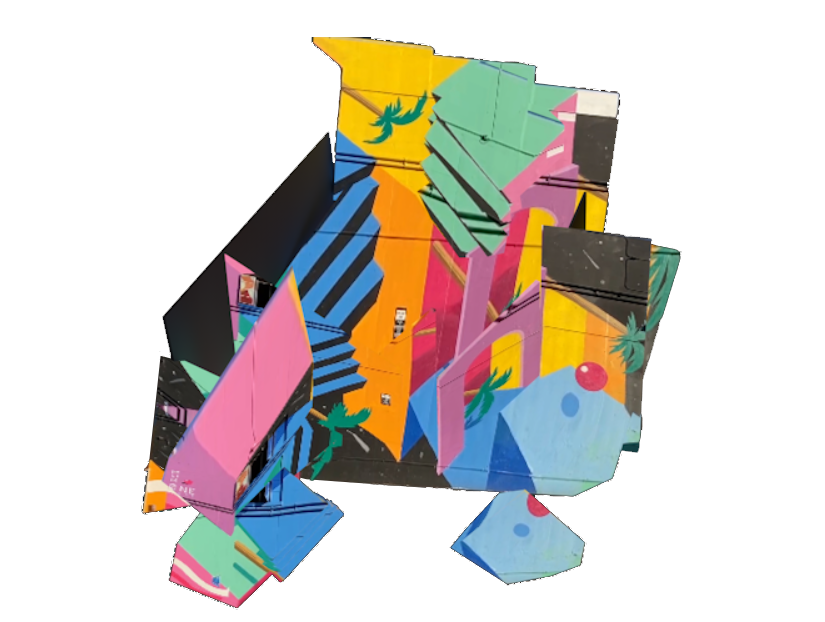 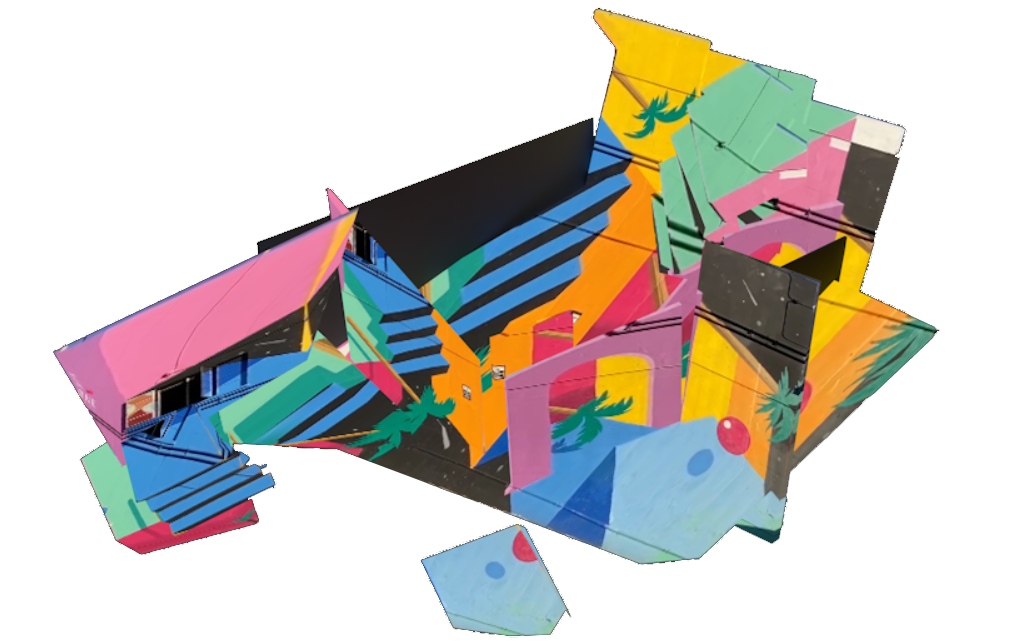 Motion-tracking the live footage in Cinema4D and superimposing the projection mapping of a single frame to seamlessly blend these together.The simple 2-D mural as imagined in a bizarre weird spatial character. The character of the mural adds to the surprise created by turning of the 2-D space in to 3-D space.

Story board - The power of the visualization that is offered by technologies of today can be a instrumental way to look the these art pieces. The story sets out on the streets of Los Angeles, the mural capital of the world. These streets prove to be a great backdrop to navigate in this hyper real world. The augmented hyper real interface of the movie transports the viewer into this digital realm where a app guides the person the getting the perfect picture along with future predictions and perfect hashtags. Also these flat 2-D art works can be re-imagined as 3-D worlds because each of them encompasses its own world and story. 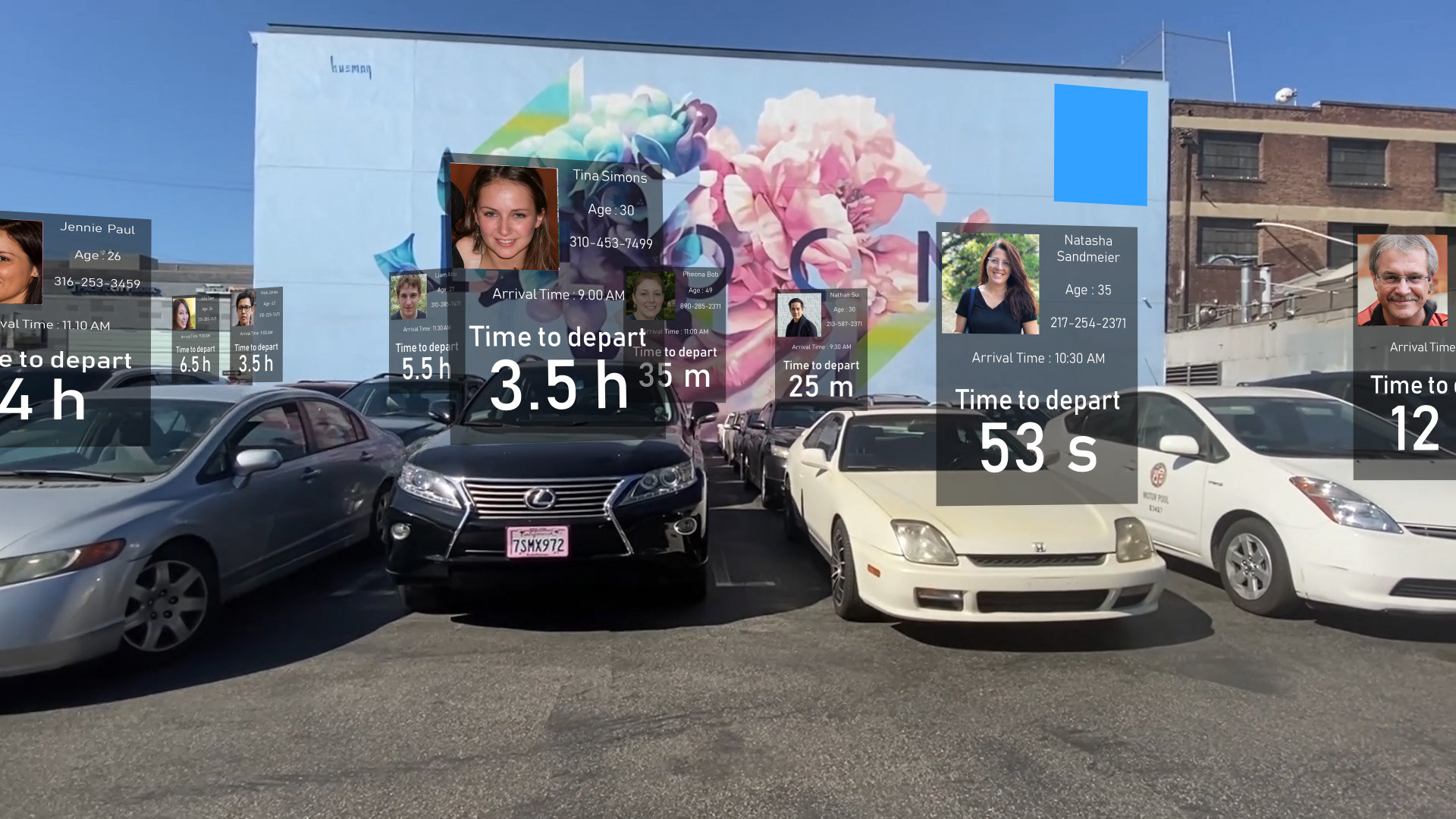 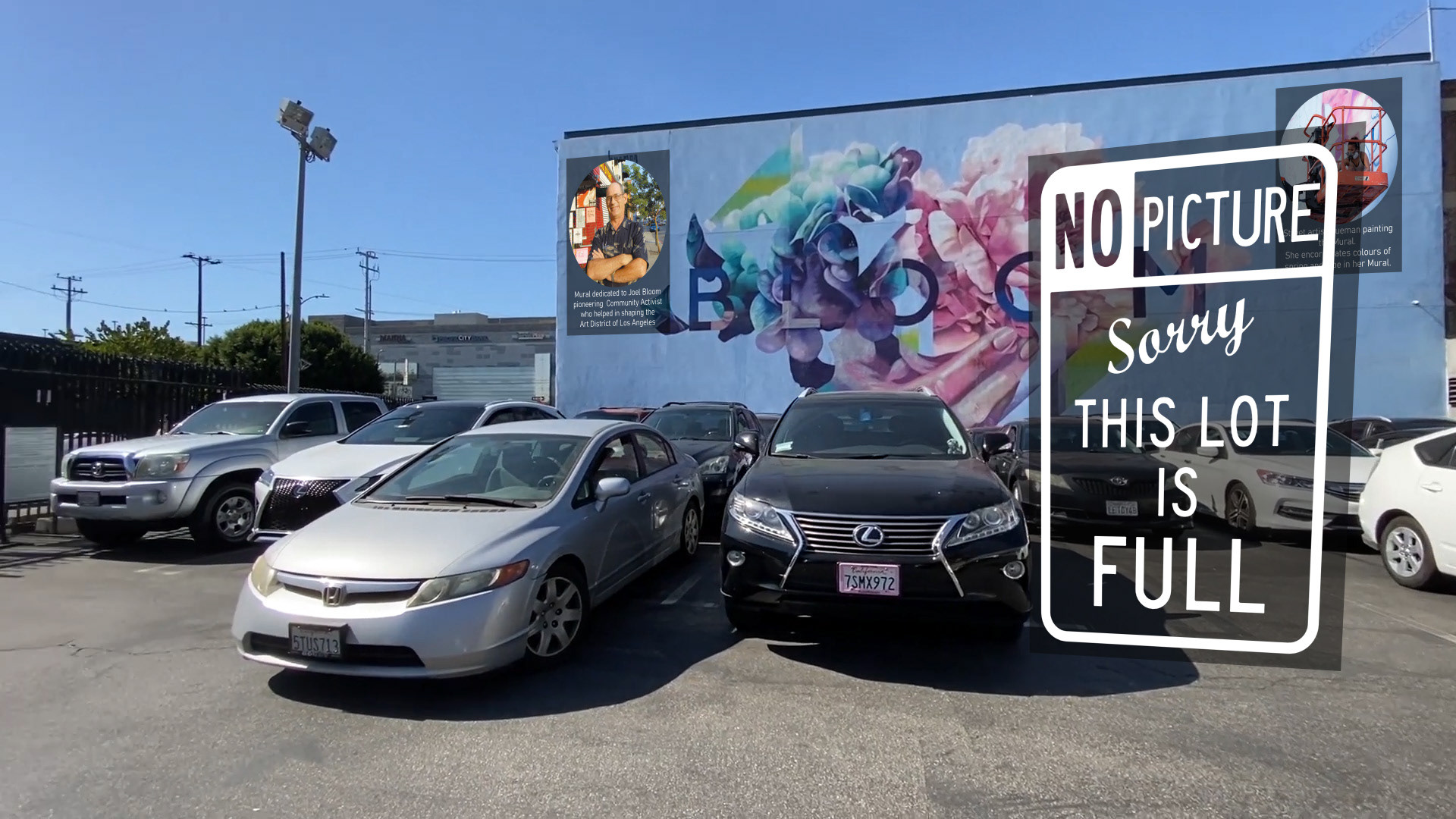 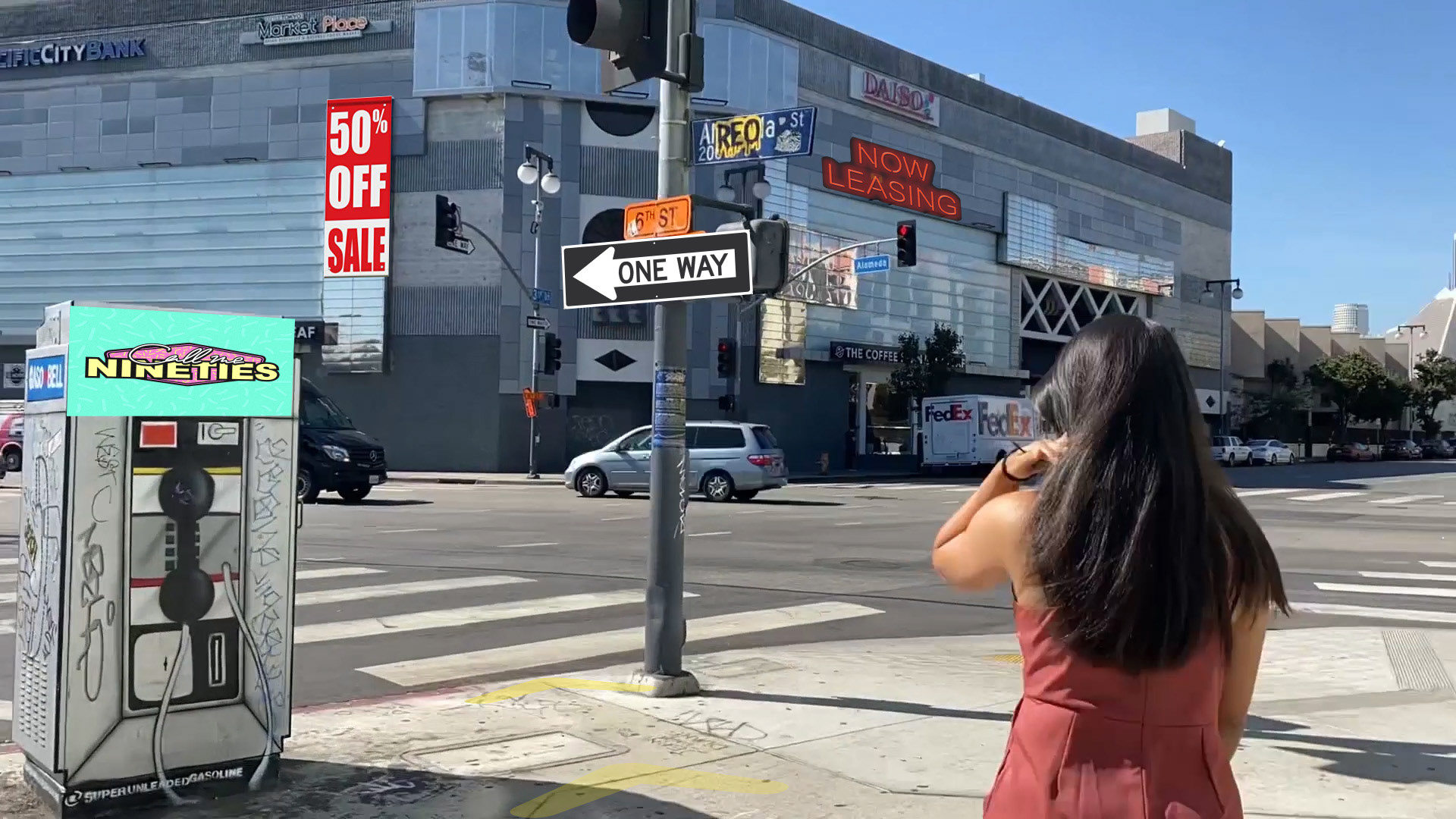 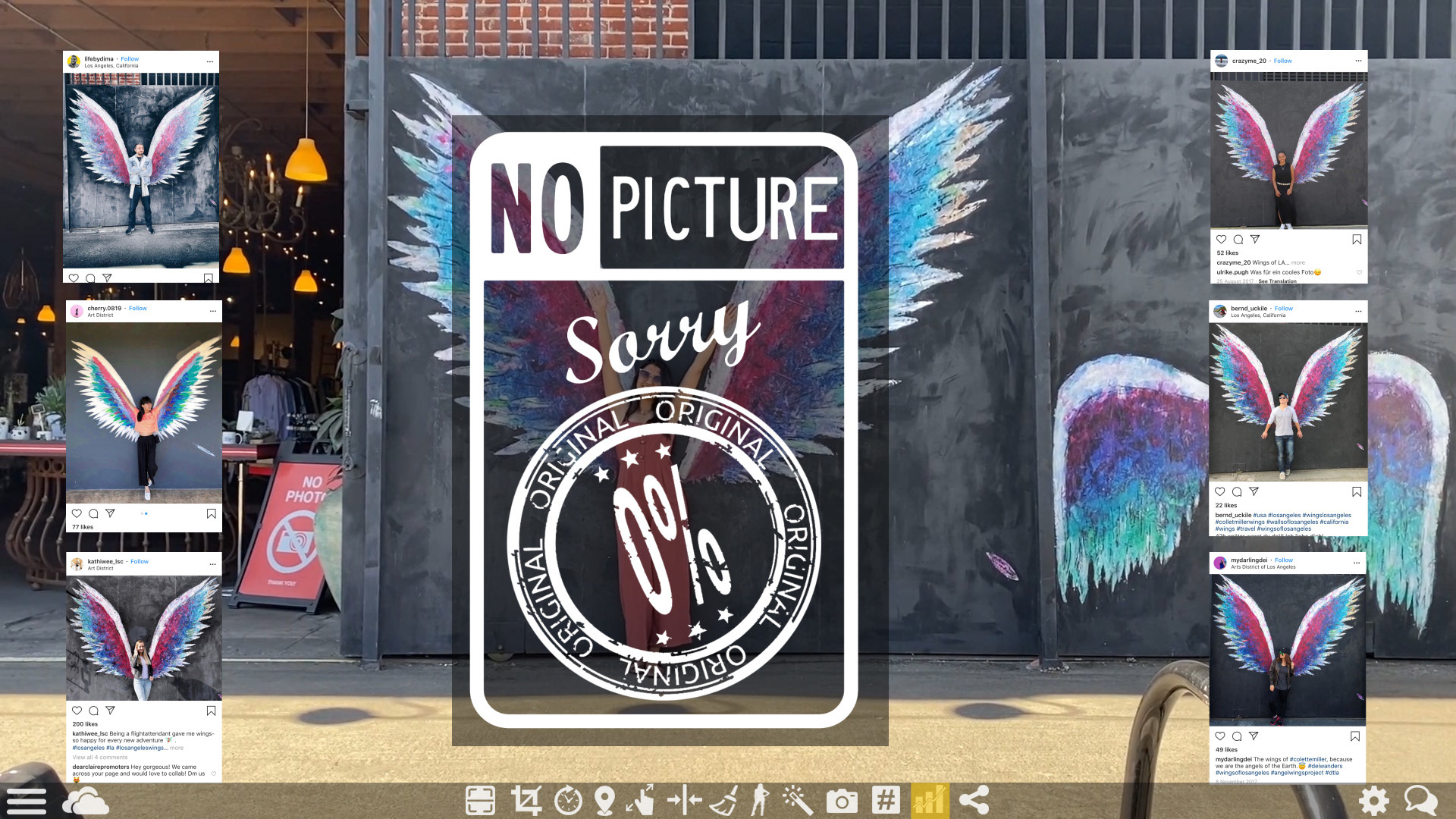 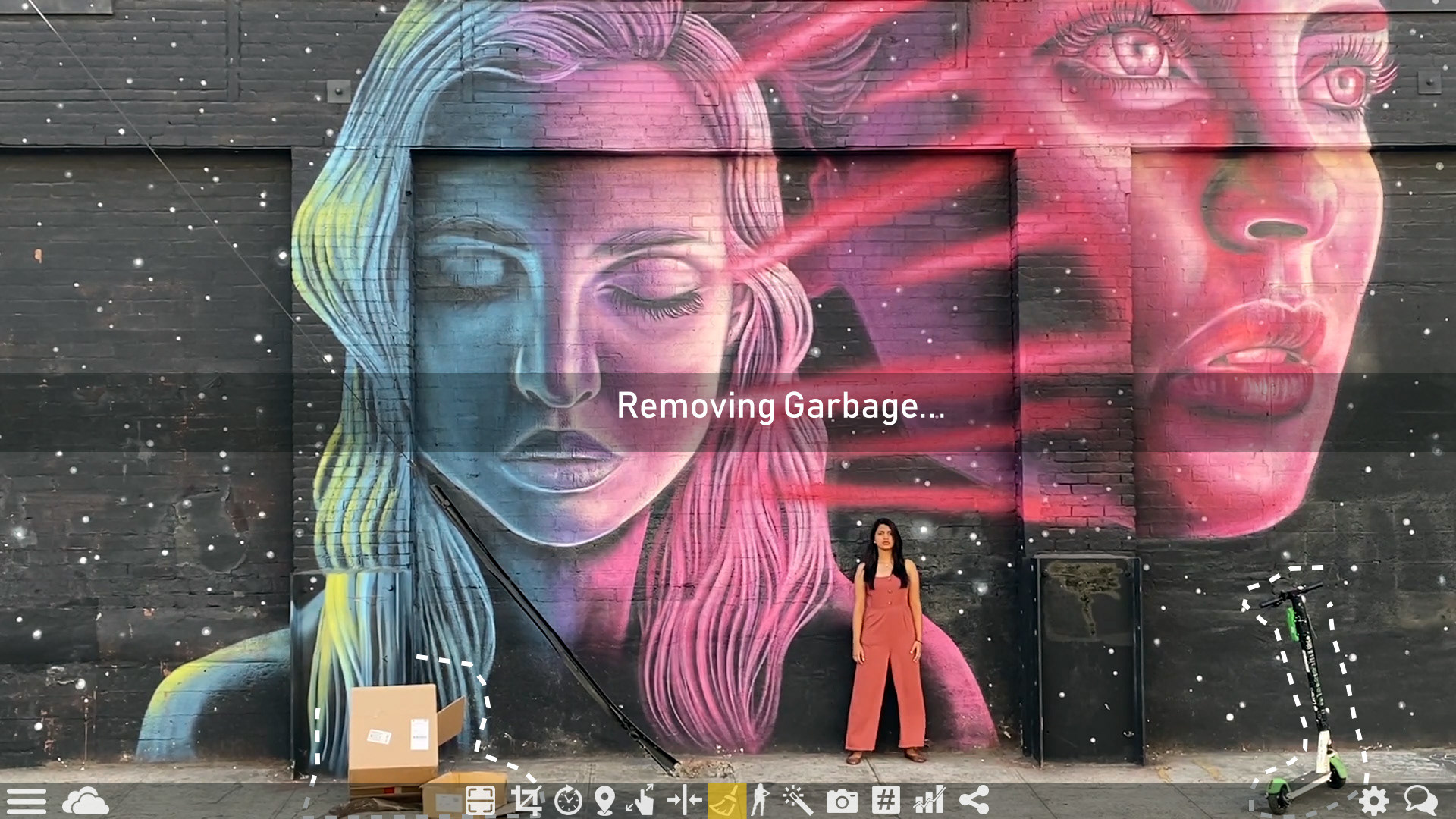 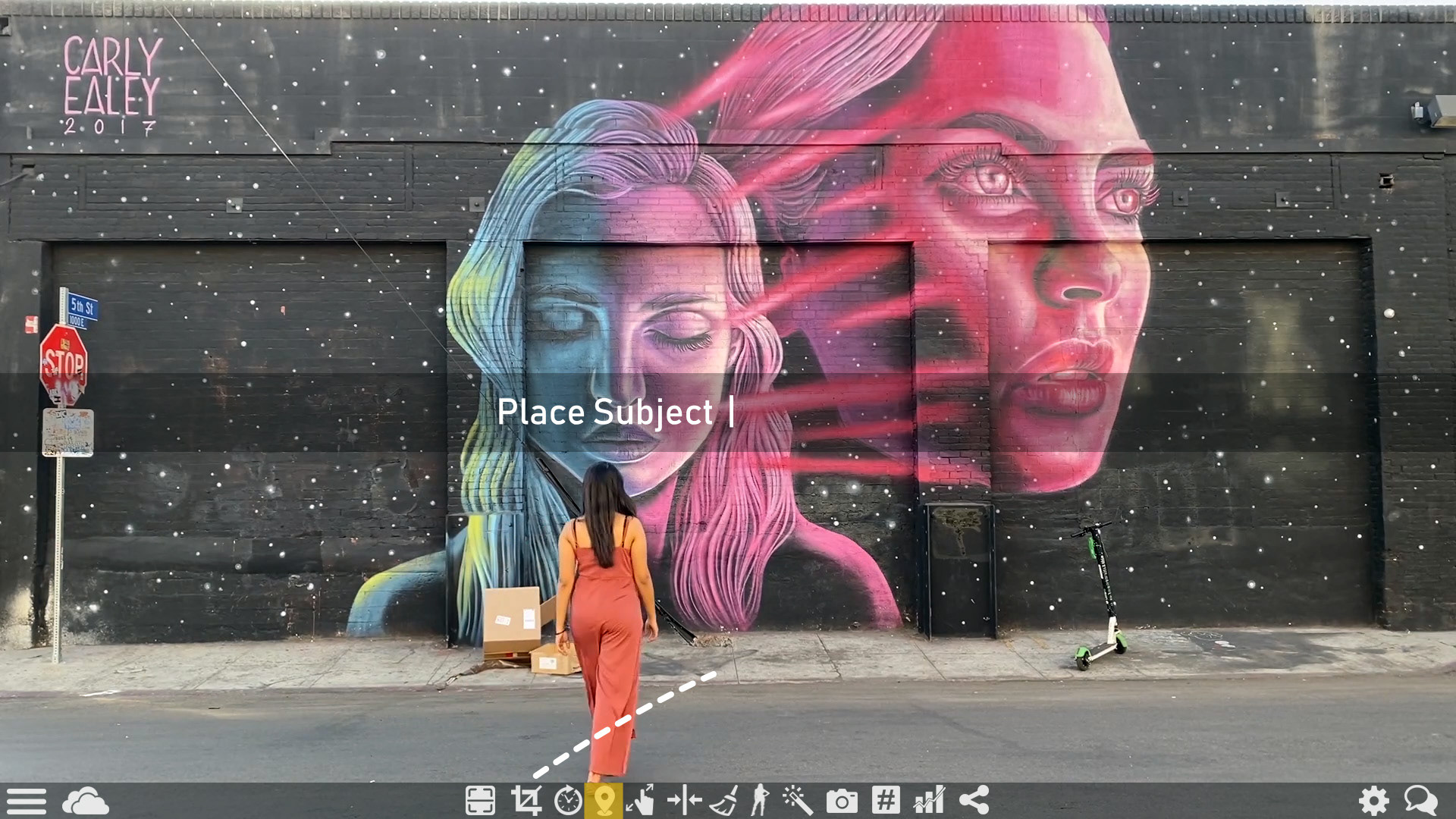 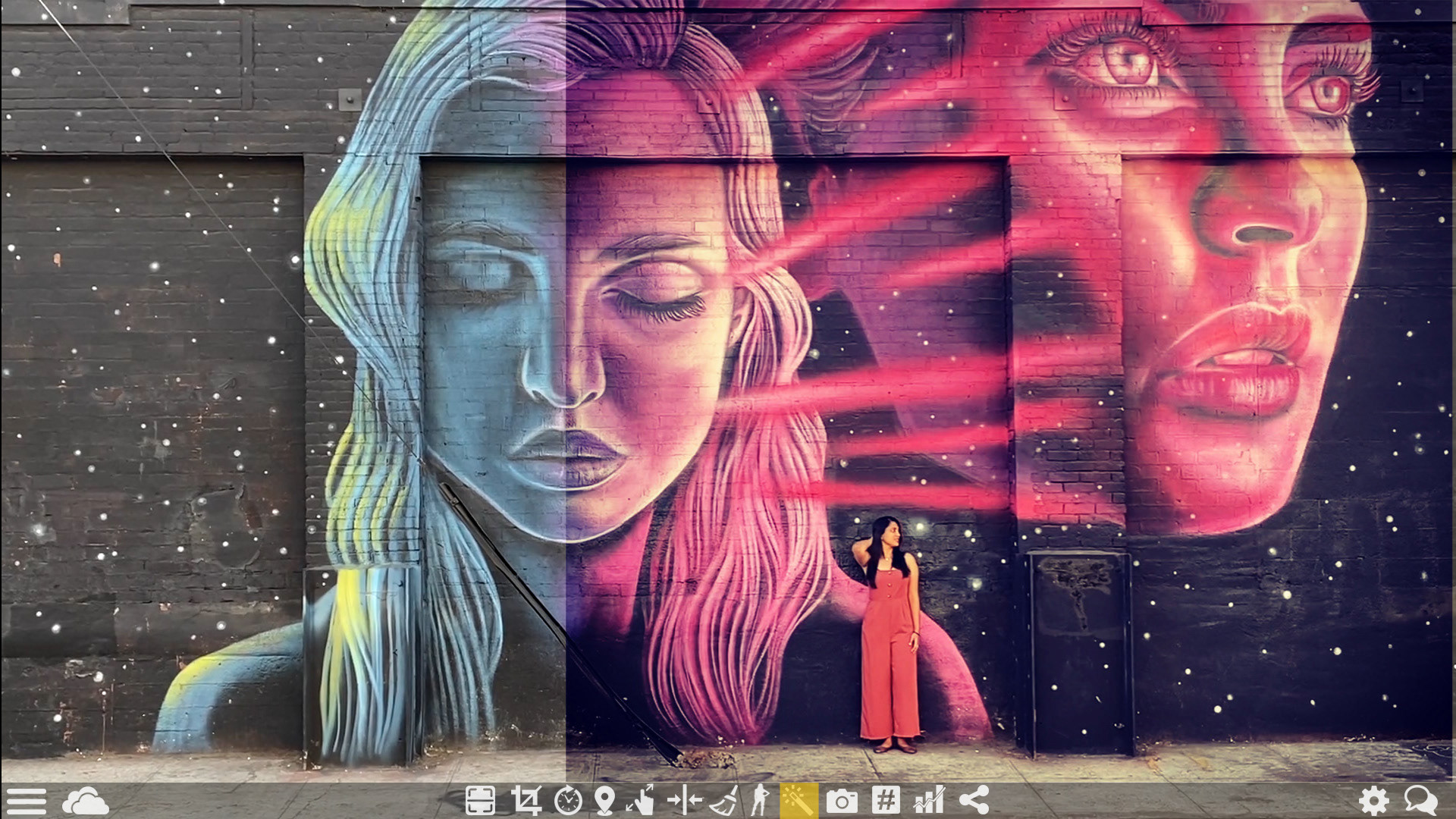 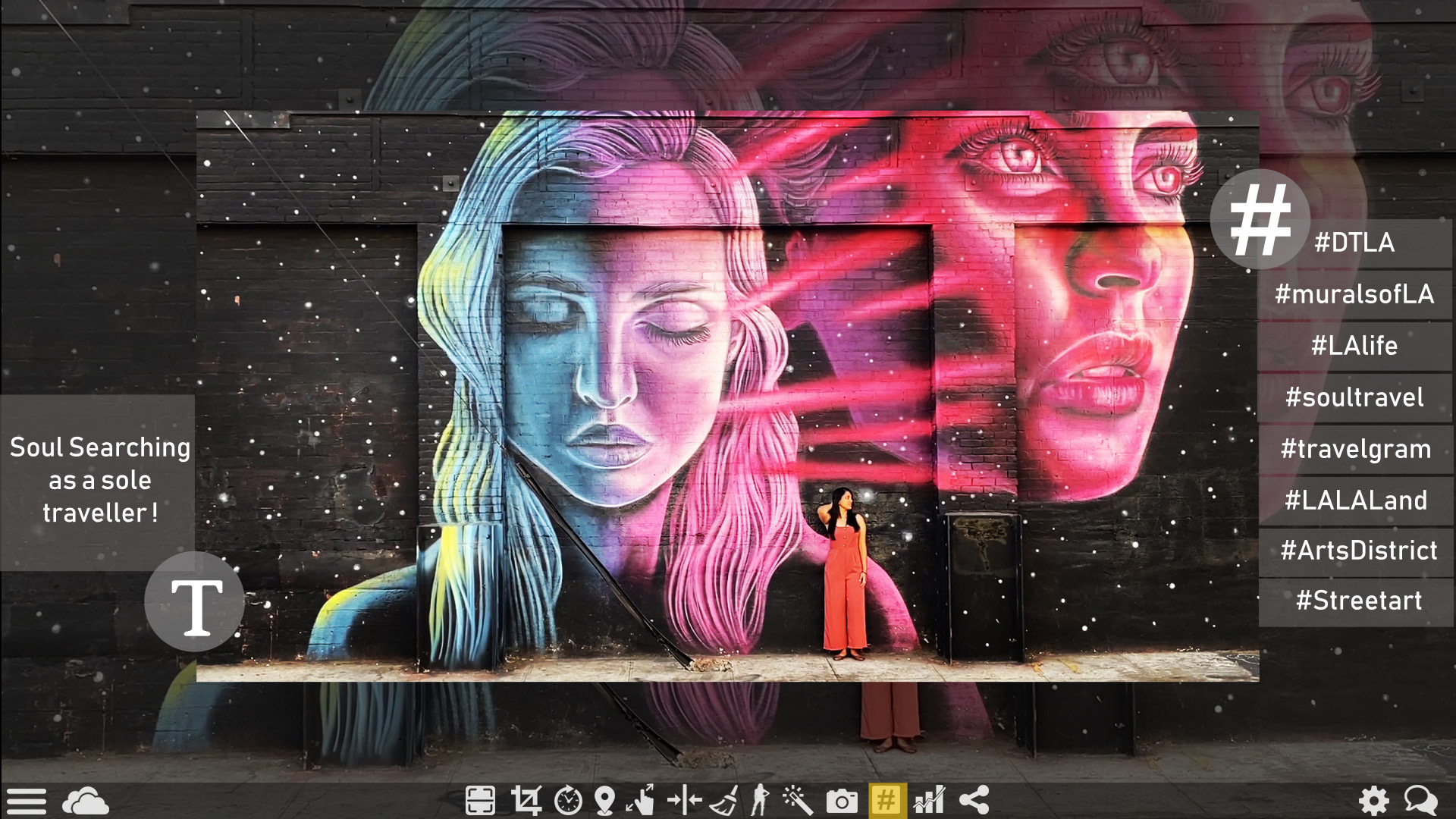 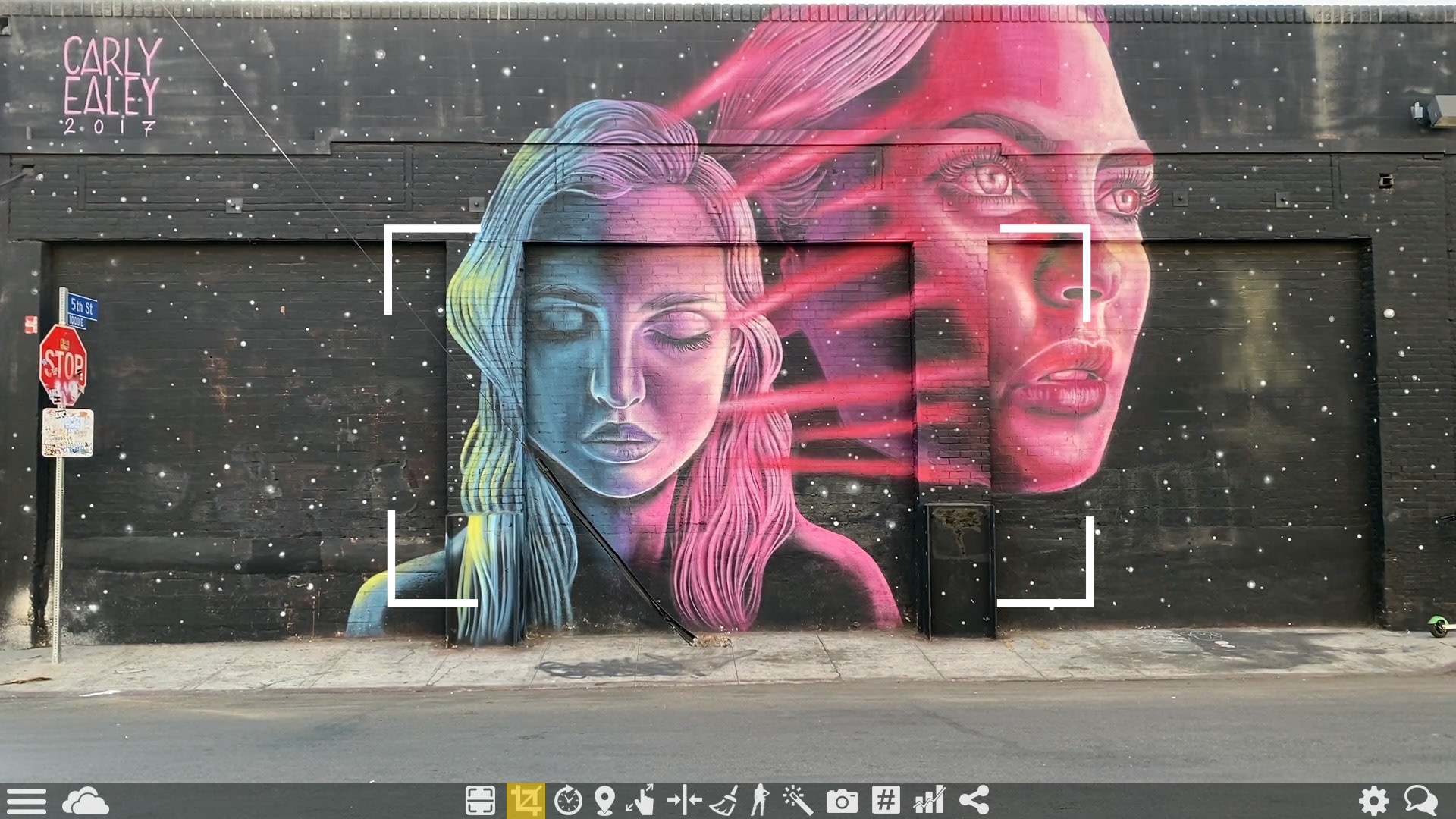 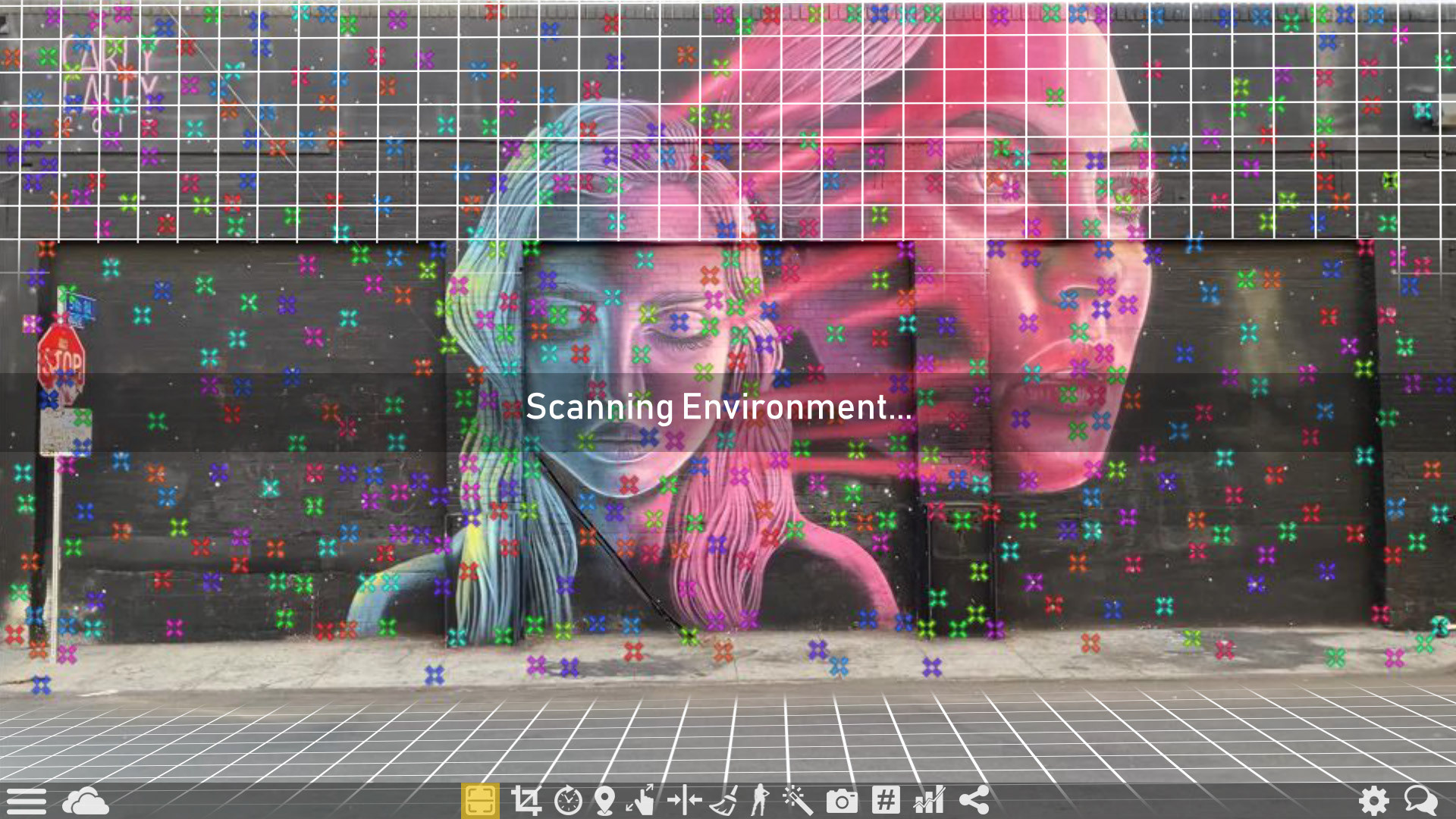 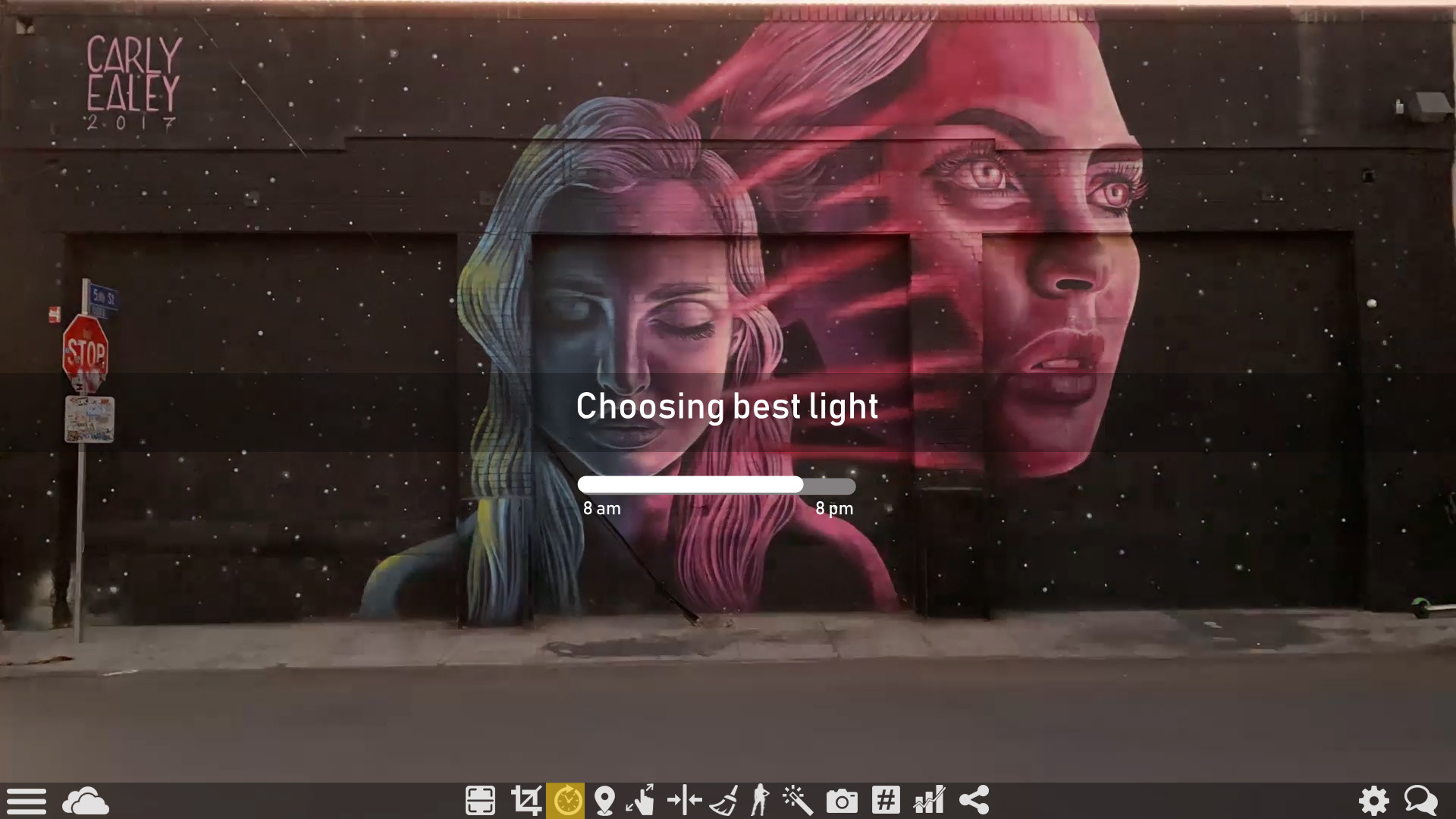 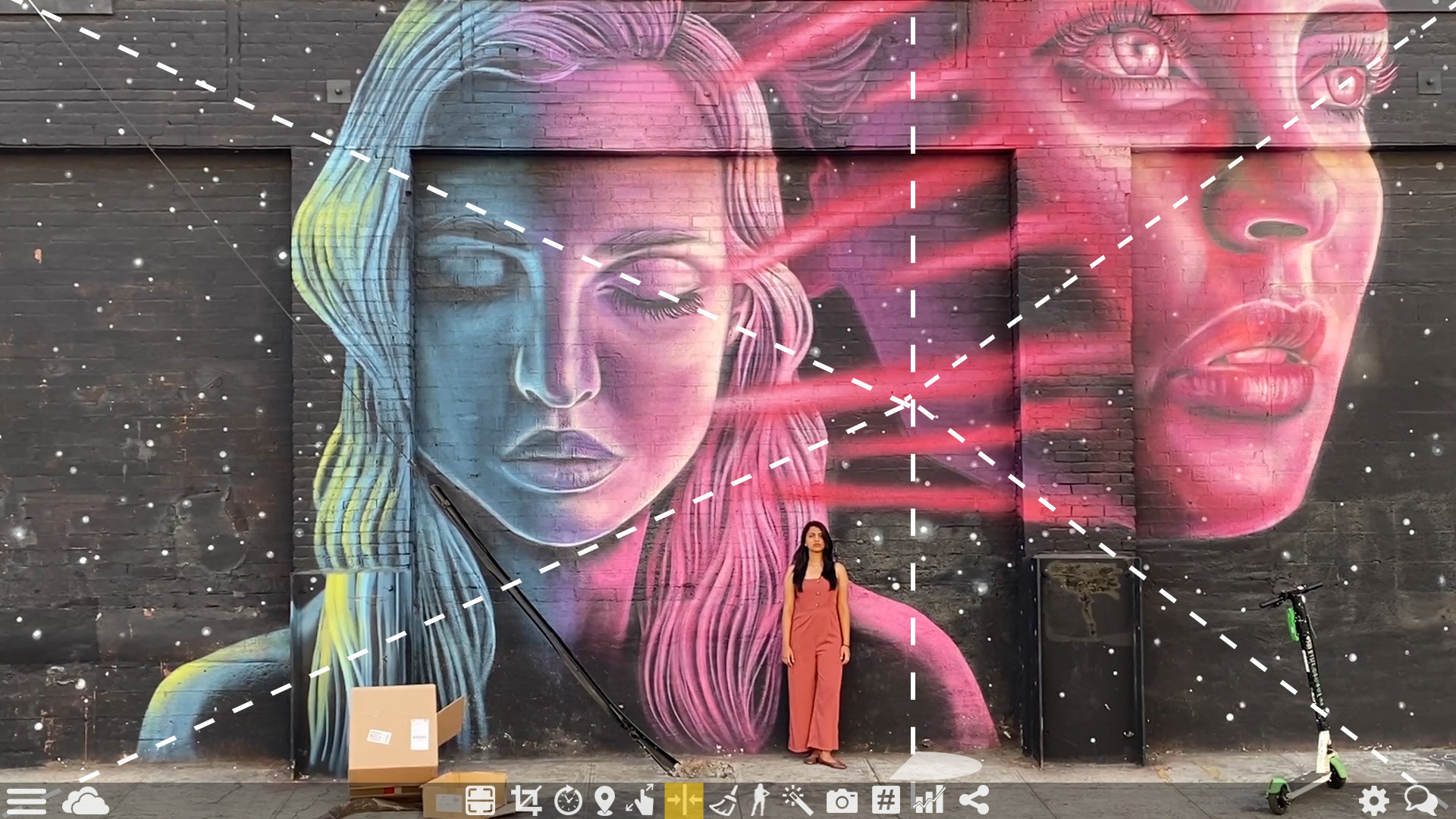 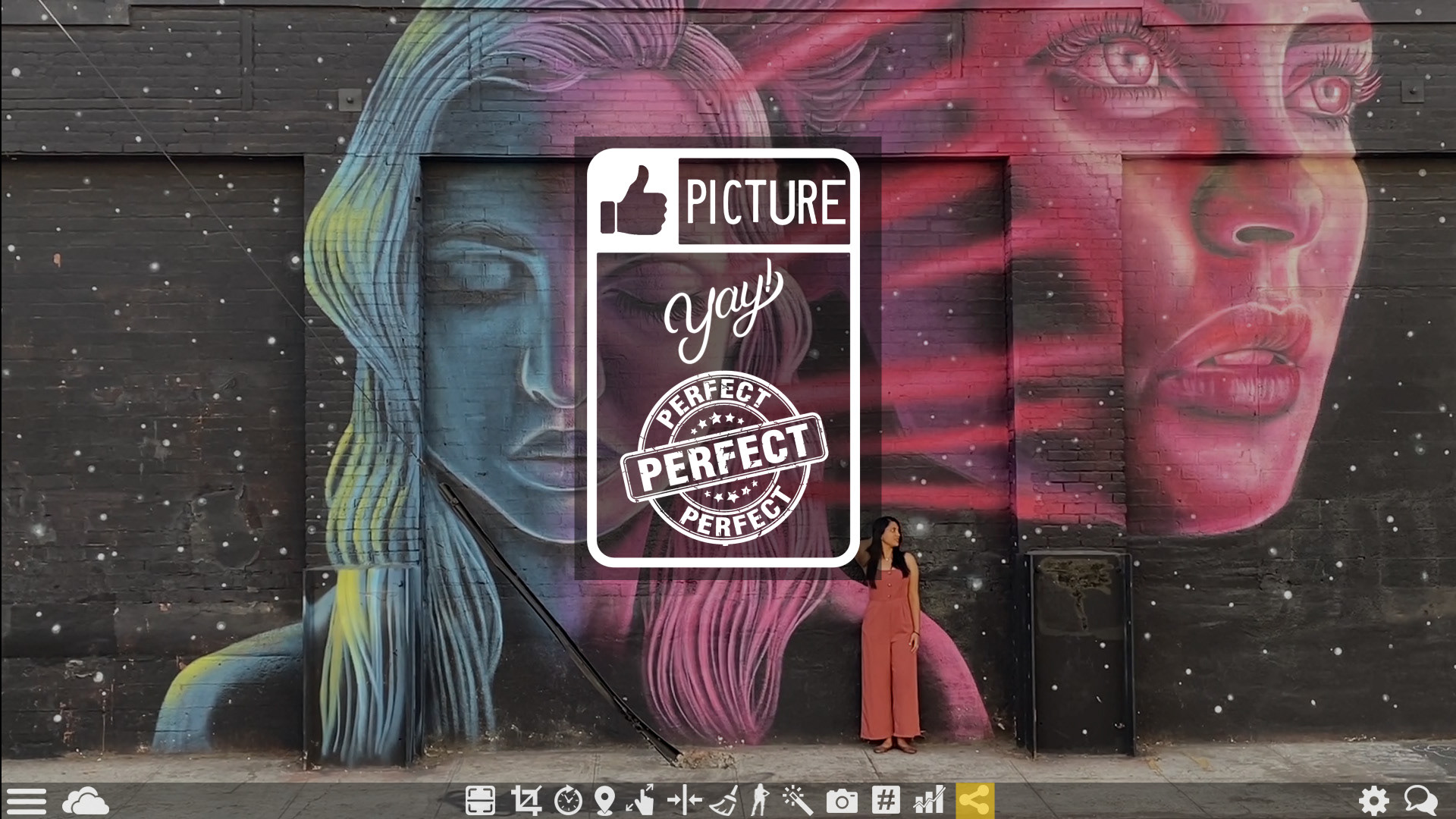 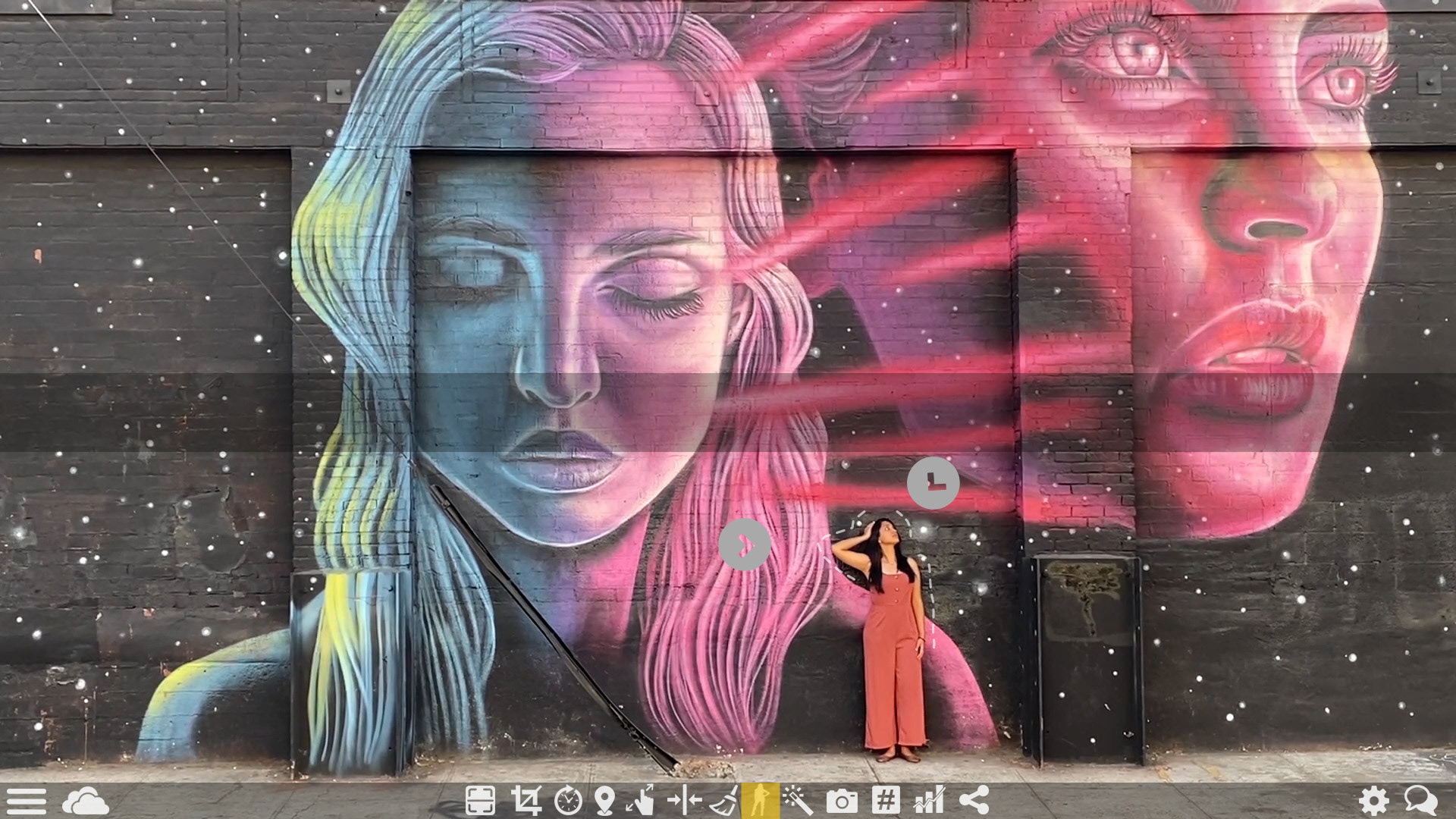 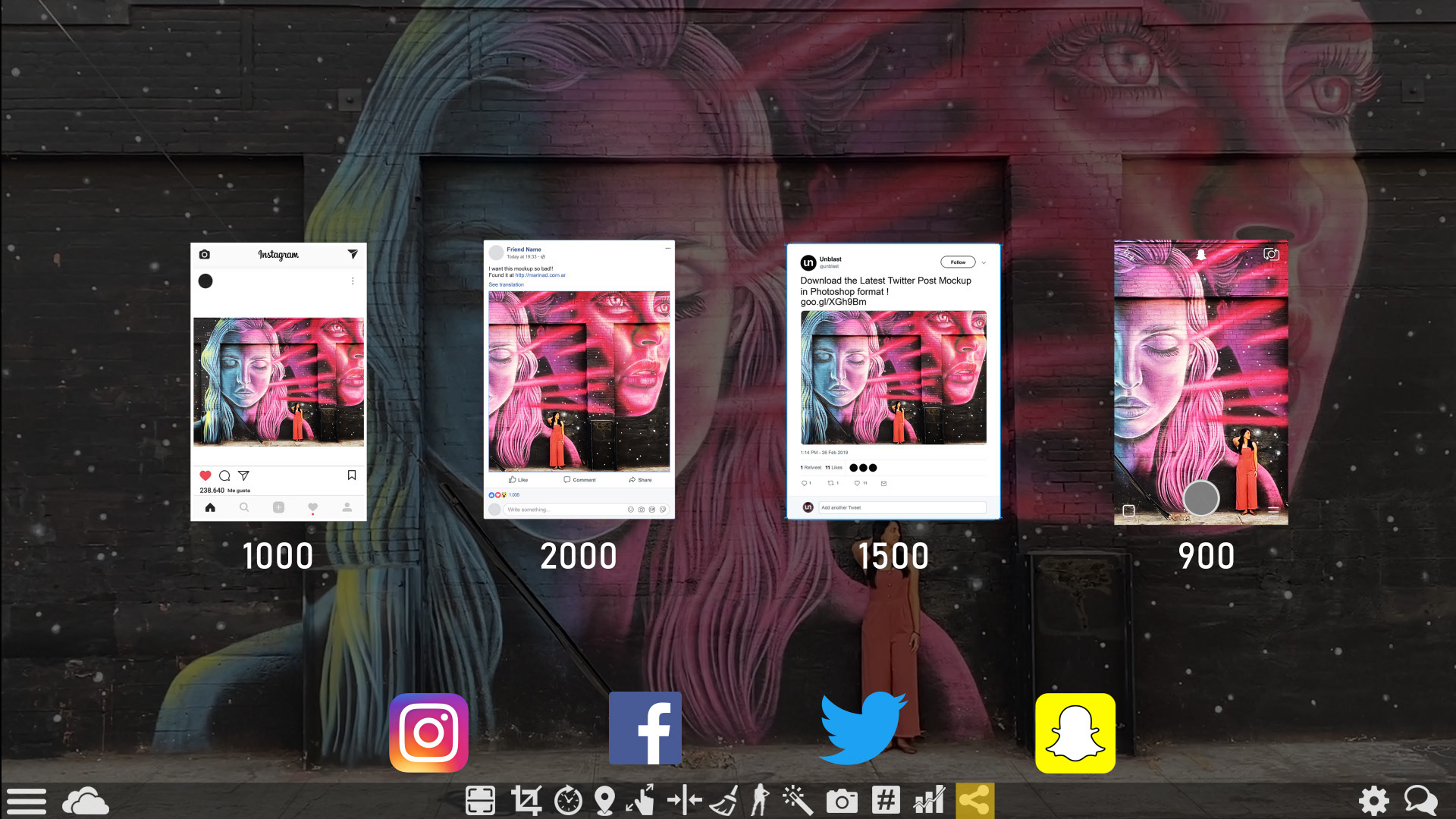 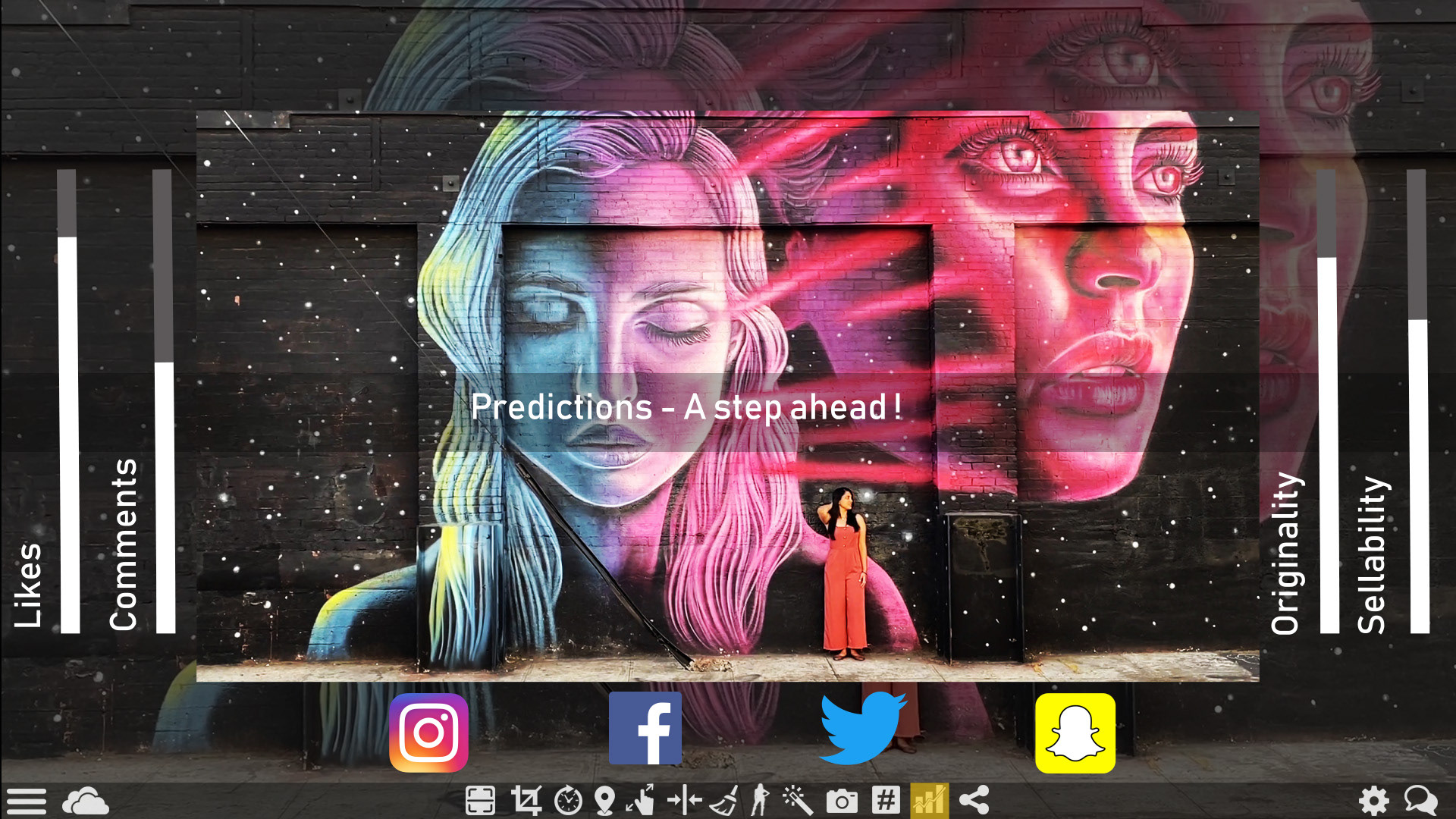